Many people are shocked at how much of the internet is limited in China. They pack their laptop and expect to log onto their favorite streaming service or check out what their friends are up to on Facebook, but they are sorely disappointed.

So, if you are planning a trip to China, you better be ready for a whole new experience when you log on to the world wide web. In China they utilize a thing called the Great Fire Wall, blocking outside influence to reach their public through the internet.

Get a VPN for China

Unfortunately, the most popular internet platform, Google is not available in China. For anyone who wants to get on Gmail, use Google Drive, or even use the Chrome browser, you’ll have to find other means when you are in China. Their Firewall will block these entirely.

You could possibly find alternate ways to get email. You could always use a different email program synced to your Gmail. But without testing it first, it isn’t a guarantee that it will work. Also, if you use Drive for work, that is a big problem if you can’t share your documents with coworkers or collaborators.

It’s also important to know that if you own a phone with Google software such as the Pixel, it won’t work at all in China. You’ll have to bring a completely different phone on your trip.

The best fix is at the bottom of this article. Keep reading to find out more.

Can You Use Skype in China?

Although you can use Skype in China, you won’t be able to download it while you are there. If you plan on using this as a means to contact others while in China for free, I suggest you download the app to your phone before you get on the plane to China.

Once you are there, your connection might be a bit laggy, but if you keep reading to the end of this article, the solution to that problem will be presented.

As a side note, other calling or video messaging apps are completely blocked in China. These include Facebook Messenger, Google Duo and Hangouts, Line, Viber, and WhatsApp.

FaceTime and WeChat are two video messaging apps that still work in China.

YouTube was one of the first websites blocked by China. YouTube is owned by Google and we already know how China feels about that American company.

The fact that anyone can upload a video to YouTube and present an anti-communist idea makes China very much against YouTube. Accessing YouTube in China is still possible, but you’ll need a certain app that we will discuss at the end of this article.

China is worried about the social ramifications of such liberal comments and posts that are available on Facebook. In fact, there was a riot in China back in 2009 and the activists responsible for this riot used Facebook as a way to communicate and incite others to join them.

Since then, Facebook was seen as a danger to the Chinese way and blocked their citizens from being able to access this and other social networking sites.

There is still a way to get on Facebook, Instagram, Twitter, and Pinterest while you visit China. As the saying goes, “there’s an app for that.” And we will discuss these apps at the end of this article.

What Other Type of Websites are Blocked in China?

You might be thinking that this internet censorship is a new thing, but China has been keeping foreign websites blocked since the day the internet was launched back in 1996. Since then, it’s only gotten progressively worse. They have waged war on foreign internet and have passed many policies through legislature to make it official.

The Chinese government is constantly checking the internet and deciding which new websites need to be blocked to “protect” their people and their ways. As you probably have guessed, there is an extensive list of websites that are blocked.

Although China claims to be simply safeguarding their nation from the ill effects of worldly views, it’s tactics mimic paranoia.

Website that offer streaming services such as Netflix, Twitch, Vimeo, and Hulu. Music sites like Pandora and Spotify are blocked.

Along with Google, Amazon, Yahoo, and DuckDuckGo are blocked search engines. Blogger and WordPress blogging platforms are blocked. You can’t even use sharing sites like Dropbox or Shutterstock.

This is just the tip of the iceberg of websites that China has blocked. Understandable, people have been looking for a way to get around this Great Firewall and although China tries to swat away their attempts, many have been successful.

Are There Any Apps that You Can Use to Make the Internet Better When Traveling to China?

People are very innovative in finding a way to say what they want and see what they want. When it comes to blocking a whole fraction of the information available in the world through the internet, how does China think they will succeed?

Internet developers have been working since day one to find a loophole in the Great Firewall and they found a way.

Remember when I mentioned the solution to the problem of using Skype, or the fix to the Google problem in China? How about the app that solves the social media connection problem?

The answer to all these problems is a good VPN. VPNs, or virtual private networks, are a great way to continue to access all your favorite websites that China has blocked while visiting their country and it’s surprisingly easy.

A VPN is a secure portal that will redirect your internet usage from the horribly censored Chinese internet to a more friendly location. All you do is log onto your VPN, connect to a server outside of China, and your internet blocks are gone!

It is recommended that you connect to a server that is as close to your location as you can, such as Singapore. This will keep the lag from the VPN redirect to a minimum. This lag will make your internet a little bit slower than what you are used to but at least you can still connect to all your favorite sites.

There are two things you must know about VPNs before you get to China:

In order to actually connect to the internet in China you have a few choices. You can use the free Wi-Fi from your hotel, if they offer it. This connection might be slow and when you use your VPN it can make it even slower.

You also have the option of buying a local SIM card and putting it into your phone. This will give you internet access. You might be surprised at how fast it runs out and you have to reup but you will still have internet access with you wherever you go.

The last option is to buy a pocket Wi-Fi and bring it with you. This pocket Wi-Fi is similar to a hotspot that is mobile. You can literally fit it in your pocket, hence the name.

If you are planning on a trip to China, but don’t want to be limited in your internet usage, make the wise choice and invest in a good VPN before you leave. Decide how you will be getting internet access and bring a non-google phone.

Then you can enjoy your stay in China without having to worry about missing out on all your favorite to-dos on the internet. Stay connected with friends and family and continue streaming your favorite shows. VPNs are the answer to China’s internet censorship.

Coming out of the British Virgin Islands with virtually no privacy laws, Express VPN can offer its customers a no-log policy and ultimate privacy. You won’t ever have to worry about their information being seized and it coming back to you.

They effectively hide your IP address through a variety of security measures. Their encryption is state of the art cybersecurity to give you peace of mind while surfing, streaming, or scrolling.
They offer unlimited bandwidth for express speed, hence their name! Their global network spans over 160 locations in 90 different countries.

Get a VPN for China with Express VPN

If you want to browse freely, safely and to protect your own bank account, you need a VPN. However, nowadays, they’re a dime-a-dozen. But, SurfShark has risen to become one of the leading VPN providers on the market. And it’s no wonder with everything on offer with either of their packages.

SurfShark offers features such as the multihop. This allows you to set your IP address to multiple countries at the same time. No one is tracking you with this feature and you can guarantee your details will remain safe. Or binge-watch your favorite shows with being limited to just your country.

Get a VPN for China with Surfshark VPN

This VPN uses a highly secured and encrypted tunnel to connect you to their servers across the globe. You won’t be subject to browsing data logs or spying. Your IP address is successfully hidden so that you can access content blocked by your location.

They also have unlimited bandwidth to offer you the best speeds with the best security. No more throttling by your ISP or spying by the government or hackers. You can easily take a trip overseas and still connect to your home server

Get a VPN for China with Ultra VPN 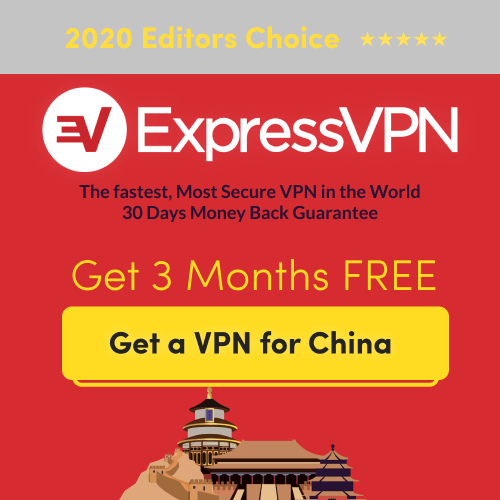 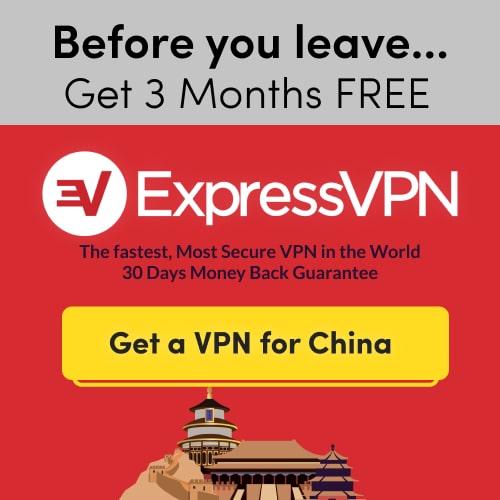